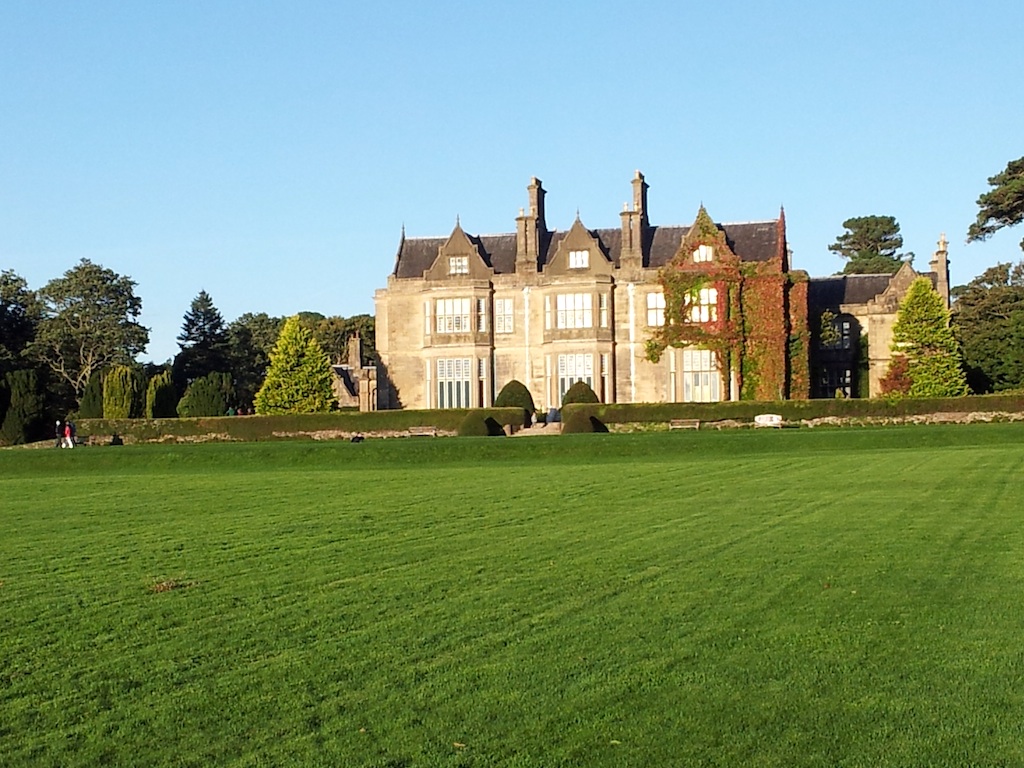 I just got back from TBEX Dublin 2013 and in a word; WOW! I’m so tired now, but it was worth it. Conferences are fun, but its a lot of work. It’s work that pays off though. Here’s what I thought of the conference.

I arrived early on September 27 as there were a few pre-TBEX tours offered and I was not sure if I was going to get one of them; they were starting on September 28. As it turns out, I did not, but I got a post-TBEX tour so I was psyched. Either way I would have been happy.

I spent the pre-TBEX days seeing Dublin and took a short trip up to Drogheda (pronounced Drawda). I also learned about hurling as the big match was on Saturday. As a result it was difficult to find a place to stay and at the last minute got the Abigail’s Hostel which is a block away from O’Connell street and the Liffey River. A nice hostel, but I wished they had lockers in the rooms rather than having topaz extra for the ones in the lobby.

I also stayed at the Generator Hostel for a few days as well. They are O.K., but they need to get their Wifi act together and breakfast is extra. Other than that, its a cool place to stay.

This TBEX was different for me as I was as speaker. Corey Taratuta from Irishfireside.com and I spoke on How To Build and Market Your Email List. I was and still am very stoked about that. I had never met Corey before TBEX, but we worked very well together getting everything together. I hope we delivered great information to help the attendees in their businesses. If you have an idea for a talk, I strongly encourage you to submit it when its open. Don’t be dismayed if you get turned down; I was turned down a few times, but that is how life works. Don’t give up.

Of course TBEX is not TBEX without parties and there were many. Travel Massive, the official TBEX Opening Party at the Guinness Storehouse, a reception hosted by DoubleTree by Hilton and a Speaker Reception. These availed me the possibilities of meeting tons of people. Although they are parties, I worked hard at networking and had a few drinks as well.

After you’ve been to a few TBEX, you end up with a number of great contacts with whom you eventually become friends with, so it was great to see some of them again in Dublin. It was a good time to catch up with them and see how they are doing in their travels. The fun thing is always remembering where we first met. TBEX worked with Failte Ireland and offered some local things to do before and after the conference in Dublin. I was able to do a few of them and totally enjoyed it. I had always wanted to photograph the Old Library at Trinity College, so i signed up for that tour and was met by the very knowledgeable Anne Marie who led me on my tour; I was the only TBEX person there so it was way cool. Plus she is the lady that took the Obama’s on their tour when they visited a few years back. Immediately after, I rode a Segway from Glide Tours for the first time. Hugh and his tour guide Alex were more than accommodating; thank you! Following that it was time to do the Viking Splash Tours, which surprisingly was entertaining and took me to parts of the city I perhaps would not have ventured. If you see people eating fish and chips near the Christ Church Cathedral, they got it from a famous chips place nearby called Leo Burdock; apparently, its the best in the world. Check it out on your next visit. The Gibson Hotel hosted a few of us at a cocktail making session. Our bartender, Shawn, was very professional and I even made my first cocktail; a mojito! It was a great evening where a few bloggers had a chance to mingle, learn about each other and get some skillfully-made drinks on the house.

I must say thanks to Laurence and Daniel for putting on the Photo Walk. I met almost twenty other persons there and despite the rainy weather, got some good photos; well I think they are good :-). It was somewhat entertaining as I was the only one who showed up with an iPad. I also caught up with my travel blogger friends about what they’ve been up to while on the walk. One of the best things about this walk is meeting with Lina from Jordan Tourism. A few of us talked to her about her expectations from travel bloggers; this was invaluable. Oh and I was able to see what kinds of cameras everyone used and get an insight into their photography. Future post coming.

There were many great sessions at TBEX this year. I really wanted to check out Ian Cleary’s talk on “21 Tools & Technology Tips to Dramatically Grow Your Following Online,” but we spoke at the same time so that’s not possible. Ian’s talk is on his website though, so you can take a look. I did not attend any of the breakouts after my session as I was talking with a few attendees from my session. There were many great content, so I just picked the ones in which I am the weakest and attended those. Some bloggers teamed up with others and swapped notes. If I find out any information for where the speakers have loaded their content I will advise.

In terms of keynotes, there were three and they were all really well done. My favorite though is the closing one done by Dan Noll and Audrey Scott of Uncornered Market. It was great to hear additional insight into their lives having met them about a year or so ago at a conference no less. They even got a standing ovation from some of the attendees which was quite cool. Their talk was inspiring and left us feeling good about what we do and what we should do going forward. Thank you both. Just so you know TBEX has a few power couples, perhaps a story for a future post. Oh, I can’t close without talking about the post-TBEX three-night trip to the Wild Atlantic Way South West. Search for the hashtag #WAWSouthwest on all the social media sites to find comments, stories and pictures. I have to say this was the best part of TBEX Dublin for me. About 18 of us were together and it was a great way to really get to know other travel bloggers. We really bonded and talked about what worked for us, what does not, what areas we needed help, possible partnerships, etc. It was exciting to hear what each of us were working on and what we’ve done in the past. We stayed in some cool hotels as well; The Malton in Killarney, Dingle Skellig Hotel in Dingle and The Clarion in Cork. All three properties were excellent and the staff and managers pulled out the stops. Some had chocolate while others had welcome cookies.

It was also great to find out what tools we use for the areas in which we are strongest. All that and getting to see the Irish towns and countryside. You’ll see future posts about Ireland soon. Thanks to Shauna from Failte Ireland and Fiona our tour guide and Brandon our bus driver. I tried to get to drive the bus, but to no avail. Perhaps best for us all :-). I’ll just say that Ireland has a lot to offer and the green in Ireland is unlike any other green I’ve seen in all my travels.

Two comments I heard/overheard from a few attendees were; good sessions were concurrent and the lack of them being recorded meant you had to miss one and the conference being longer than the advertised two days. In the latter they mean that the conference is advertised as Oct. 3/4, but really, it started on 28 Sept. and ended on Oct. 8, since there were pre-TBEX and post-TBEX trips. Having been to a few TBEXs, I knew that and planned accordingly, but I can understand why someone new to TBEX would not understand that their are pre and post trips so plan accordingly. Food for thought for the organizers.

My goal for TBEX was to learn a lot, help people I meet and interact with and say hello to as many people as possible; I lost count :-). I spoke to people in bars, restaurants, the hallways, in taxi cabs, in buses, at the attractions, at parties and in meeting rooms. This is how TBEX works.

How was your TBEX? What were your favorite talks? How were the events you attended? If you attended my talk what do you think? It will help me to improve in the future, so don’t hesitate to leave a comment. Will you be at the next TBEX?