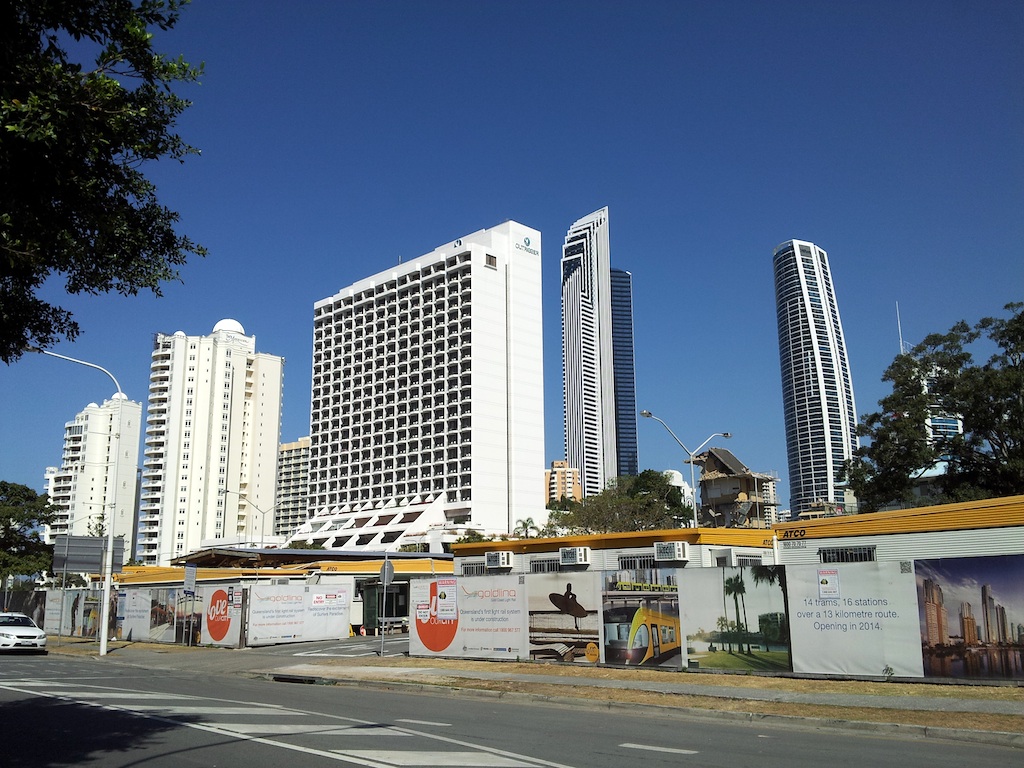 As a travel blogger, one of the best things you can do is to attend conferences and network with your fellow bloggers and conference speakers.

So for my next act, I journeyed to Gold Coast, Australia to attend Darren Rowse’s Problogger Event 2013. I wanted to do the same in Melbourne, Australia last year, but that was not to happen, but instead I enjoyed it virtually and live.

I arrived in Gold Coast two days early, so I could acclimatize myself as well as relax before the event.

Darren had an excellent line up of speakers ready to go by the 8:30a kickoff on Friday morn. I was pleasantly surprised that during his keynote he interviewed select bloggers so we could have an insight into what makes them tick. Kudos! This continued each time he had to deliver a session where he was alone on stage.

What I really like about this event is that the recordings are available soon after the talks were over (You can have them too). There were a few glitches on the first day, but I did not notice as I was too busy attending the sessions as well as networking. And networking is the main reason by I attended conferences. No other place would I meet the people who speak at the conferences and the attendees. Now its so much easier to communicate with the people you met as they know you. Amy Porterfield killed it with her Facebook session. I have two of her courses on Facebook and Facebook Ads and I learned a ton more just from listening to her. Thank you Amy.

Trey Ratcliff was one of the persons Darren talked to in the morning; we have a Math and Computer Science degree in common and we both love Captain Picard, so now we follow each other on twitter. Trey is also a very personable person. I had missed his talk at TBEX Toronto. I enjoyed his keynote the next morning as I loved his presentation style. I’m already thinking of how I can use that in my future talks.

I attended a few other sessions on Speaking, Analytics as well as Video Editing. Plus I met a ton of new bloggers as well as someone from Linkshare (Affiliate Marketing) to answer some questions I’ve had for ages. Oh, did I mention there was an awesome party? This gave us another opportunity to interact with each other and get to know each other just a bit more. I always ensured I said hello to everyone I sat next to; it’s only polite to do so.

Later that Saturday, we celebrated the birthday of Craig from YTravel.com. It was great to meet he and his wife as well as other bloggers in a social setting. On Sunday, post conference, I was able to hang out with five other bloggers compliments of Darren and the Tourism Queensland folks. They treated us to a day in Queensland, where we rode bicycles compliments of the host hotel QT Gold Coast, had lunch at the Seaport Surf Club, took a jetboat, rode two rides at Warner Brothers Movie World, lunch at the Spice of Life in the mountains then went to the Tamborine Mountain and did the SkyWalk and finally beer and cheese at the MT Gallery. Now I have a ton of content for my blogs.

Monday, I slept in and then despite the rain I took the local bus and went back to Sovereign Island as I wanted to get a closer look at the homes we saw on out jetboat trip. Holy wow!

As I write this, a storm has moved in and I have a 6a flights. But I’m super happy about coming to Gold Coast for the PB Event. Thanks Darren and team.

So next time you can make a conference, you should definitely do so as its a treasure trove and is always worth it. How as your problogger event?