Affiliate Marketing is one of the sources of my monthly blogging income. Not the largest source, that’s Ads. There are many ways to do affiliate marketing but I will talk about one of the larger networks in this post.

One of the networks I use is cj.com. I’ve been a member forever as they have a lot of travel partners. Basically, I pick a partner, agree to their terms, sometimes I get accepted immediately, other times I have to wait and sometimes I get denied. Par for the course I guess. but wait…

What CJ has done to help us with these denials is to create a program called Content Certified. This is where they pick some of the top programs and clears the way for you to get accepted into them. So all you really do is pick the ones that fits your brand and you’re almost always approved.

They are looking for bloggers to join the program, so they created an affiliate program for referrals. Make sense right afterall, they are CJ.com :-).

Now, they just don’t let anyone in, there are standards. Here’s how it works:

Once you get approved into the program, you will see that screenshot I have above, just Accept the programs that fits your brand, then get the code for the links, images, etc. place them on your assets and you are in.

So get in there and start making some money from affiliate links.The thing with affiliate links is to ensure that what you are selling matches what your readers want.

Are you using Affiliate programs? 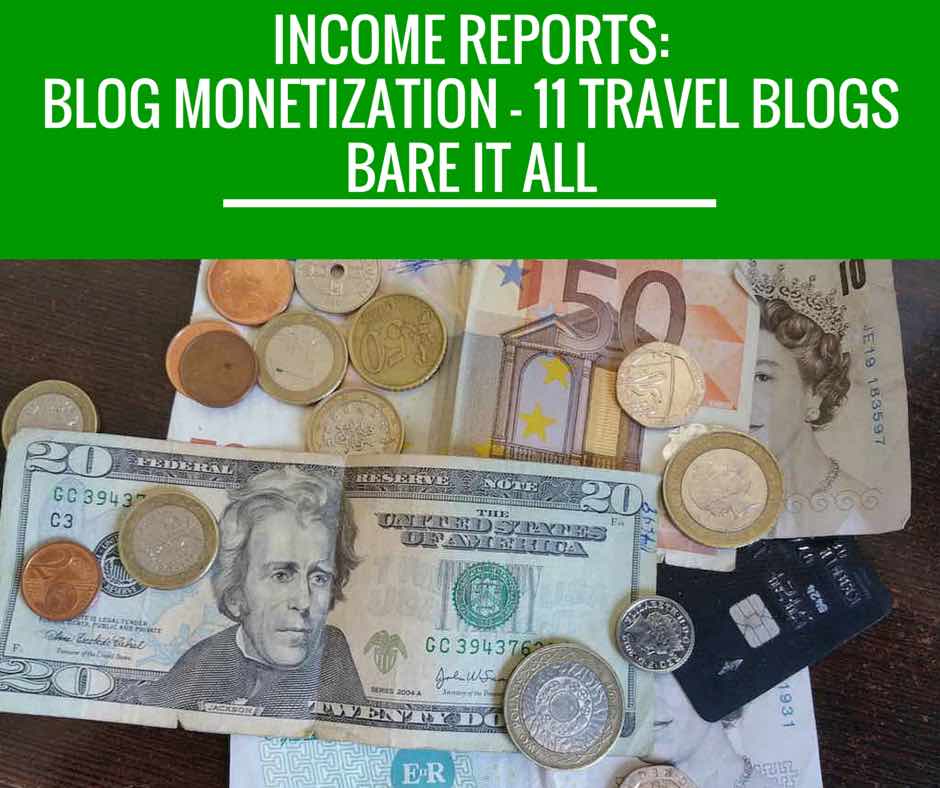 Let’s face it, no matter who you are at some point in your blogging life you’ll want to do some kind of blog monetization. Either directly or indirectly. Unless you are just blogging for the fun of it. And yes, people do that :-).

In the Internet Marketing (making money online) genre there are some bloggers such as Pat Flynn from Smart Passive Income blog who talks about how he earns his living in details; lots of details. For me, it helps to put my ideas into perspective and sees what works and what does not. Plus its pure inspiration since I know the guy personally. And its still insane to see how much he makes on a monthly basis. Last month (April 2015), he made $123,853.51. No, not last year, last month! Now before you start going crazy about it all, he’s worked very hard at it and took years to build his traffic and always gives to this readers. I hope you are taking notes.

The things to learn from Pat are the following:

Sadly, not many travel bloggers talk about their monetary aspect of the business, but of course most want to know about it. This is why I try to broach the subject in forums around Facebook and when I meet bloggers in person. For some reason, it’s always uncomfortable talking about money, but the reality is that we need it to maintain our lifestyle. So why not talk about it?

I’ve met bloggers who are not that known that are killing it; they are making a living and living comfortably. Kudos!

I started a lame attempt at talking about my income, but realized that it takes a long time to get the report together so there’s not been one in ages. I’m working on getting it together and hopefully you’ll start seeing them monthly very soon. What I did realize though is that it really helps to do it as you see what’s working and what’s not. It also helped me to get a proper accounting system together. I’m using Wave. What are you using?

But there are a few bloggers who are kicking it and actually telling you about it on a monthly basis. Here they are:

If you know of anymore, let me know and I’ll keep updating this list.

And here are five blogs that used to do it but have stopped, but you can still find good information about how they monetized that may still be valid:

How do you monetize your blog? Please leave a note below and let me know.

PS: Internet Marketer Joel Comm has just updated his Adsense Secrets book and the Kindle version is free on Amazon until June 7, 2015. Get it here.

In April 2014, I got featured as Influencer of The Week by The MidGame.com. I was pretty thrilled to be chosen. Quite a few others have been chosen as well. You can see them here.

The idea behind the site is to match bloggers with brands; simple.

Once you are signed up, go to Opportunities in the navigation and you will see all the open opportunities. i.e. Brands who have available offers.

Offer can be a fixed rate gig or you get paid for referrals and/or sales. Some of the offers allow you to set your rates, so its quite flexible.

They sent me an email today offering an incentive for both you and I if you sign up and get a sponsor to work with you. Here’s the gist (from the email):

We’ve just launched the internet’s best referral program, and we want you in it!

Say WHAT? Yes, you read correctly, you can earn up to 1,000 USD PER referral!

We’re sponsoring over 100 influencers in themidgame in the next two weeks, so if one of your referrals gets sponsored, you can start earning money from your referrals immediately.

We’re currently looking for influencers in travel, fashion (male and female), fitness, health, technology, art, food and wine! Invite your influencer friends now and they could get sponsored for any of our upcoming campaigns.

Check it out now! At TBEX 2013 in Dublin, Corey Taratuta of Irishfireside.com and I spoke about email marketing and how to build an email list as well as its importance.

We’ve loaded our presentation below for your review. In addition, I did an audio recording and am in the process of reviewing it, here’s hoping it was a good one.

If you have any questions at all leave a comment below and/or drop Corey or myself an email.

Please leave a comment and let us if you are currently building a list in your business. If not, why not? What is holding you back at this time? If you are already building a list, please share some nuggets for your fellow bloggers and travel industry professionals.

Here are the Action Steps for the Slide of the same name. These are the things you should do once you have finished the presentation. Do them this week please:

Leave a comment below and let us know how you got on.